Costa Rica is a country that exudes exuberance and beauty as well as a strong national culture. Located in Central America, between Nicaragua and Panama, Costa Rica gives its visitors a constant nature walk for the length of its 51,000 km that will leave you wanting more.

This is a country that has one of the most stable democracies in the world, allowing the tourist to visit with a tranquil sense of security. Another strong characteristic of the country is the warmth of the people. Costa Ricans are loving and welcoming, something that will make your stay all the more memorable.

The beautiful beaches, the mountains, the wonderful climate, the vegetation and the large varieties of animals make this place attractive to those who like adventure and at the same time prefer peace of mind. Costa Rica is more than anything you have heard, you have to see it to have a true understanding of the whole.

The Costa Rican Cuisine is characterized by many flavors and influences, especially the ancient recipes and spices from the region. The food is not full of additives and the main staples are beans, rice, and corn, a large variety of vegetables, beef, chicken, fish and seafood. Costa Rican seafood is characterized by elaborate dishes that offer a great variety of tropical fruit.

Some famous dishes are the Casado, a dish that has rice, beans, banana, vegetables and meat; Chorreadas, a thick corn pie; Empanadas, that can be filled with cheese, beans, or meat; and Tamales, which include rice with chicken. Picadillo of Arracache and Potato with beef are other dishes appreciated in this region.

Restaraunts abound, where you can try traditional carribbean cuisine, or, if you prefer, a variety of international cuisines as well. The traditional drinks are based on tropical fruits, made with milk and honey or sugar, including some with alcohool like the Chicheme made with mint and left to ferment, as well as the Chinchivi made with Sugar Cane juice.

Costa Rica was discovered in 1513, when Nunez of Balboa penetrated to the Pacific and explored the coast and the beaches of Espinosa, Ponce, and Hurtado. The country was given the name Costa Rica due to the gold mines found close to the atlantic coast. At first, Costa Rica was added to the Capitania geral of Guatemala where it continued as a province until 1821 at which time it declared its independence along with other provinces of Guatemala.

After a while a confederation formed, called the United Provinces of Central America, which was dissolved in 1839. During the next year the country tried again to incorporate itself into the confederation but soon gave up. Finally, in 1918, after several further frustrated attempts, it became the Republic of Costa Rica.

The History of Costa Rica is not full of revolutions or fighting. Only in 1929 during the great depression did the country face economic instability, which resulted in one strict regime in the 30’s whose method of government included several social reforms.

Costa Rica, different from most other Central American Countries, transformed itself into one of the most stable democracies in the world, thanks to Jose Figueres Ferrer, a pillar of the Costa Rican Democracy. Since 1948 Costa Rica has not had an army. Since the 90’s the PLN and PESC political parties have alternated in power without any great turbulence.

The “Ticos” as they are known, are very proud of having a tradition of democratic government for over a century and more than 50 years without an army. The money that the country does not need to use on its armed forces, it invests in a much better life for its population, contributing to social peace in the country.

The country is mostly mestizo and european which represent 93% of the population. A small black community inhabits the caribbean coast and you can also find a few chinese and native inhabitants in some parts of the country.

The Costa Rican culture is a reflexion of the mixture of races that coexist in this country. It is strongly expressed in the crafts and arquitecture by means of a large variety of tones and colors that may be motifs from the pre-columbian era. You will find modern clay paintings, ceramics, jewlery, and even leather products.

Museums preserve a major part of the Cultural heritage of the cities by protecting and restoring monuments and housing architectural, archeological and scientific discoveries. They transmit knowledge of the cultural herige left by their ancestors who lived in Costa Rica. The country breathes historical knowledge which can be found in its museums, libraries, cultures and in its markets and products of local artisans.

The most popular holiday of the country is the Running of the Tican Bulls (Corrida de Touros a Tica). Held in Guanacast, and in a few other urban centers, it consists of a race where the bulls are mounted and controled by a cord held by one hand. These holidays have a special color because beyond the happiness and honor of folklore which transforms the spectacle, not one bull is mistreated, hurt, or killed in the process.

The predominant climate of Costa Rica is that of the Tropics with high temperatures and much rain. Because of its position, bathed by both the Pacific and the Caribbean, there is not much climatic variation during the year. Generally, we can distinguish three different climate variations in the country: Humid Tropical, em Couto Bruse and Golfo Doce; Dry Tropical in Llanura de Guanacaste, the Nicoya Peninsula and the Central Valley; and Temperate, above 1,500 meters or 5,000 feet, in the valleys and slopes of the mountains. In Sao Jose, the year round highs go from 24º to 27º Celsius (75º to 81º Fahrenheit) and the lows are 14º to 16º Celsius (57º to 61º Fahrenheit).

Situated between the Carribbean and the Pacific in what is known as the Pacific’s Ring of Fire, Costa Rica has most of the volcanoes in the world. There are 112 volcanoes, of which 10 are still active with sporadic eruptions. The volcanoes appear in the midst of the dense vegetation that covers the country. As well as active volcanoes you can also find more than 120 impressive craters or calderas to delight visitors. One of the main tourist attractions in Costa Rica is the Arenal Volcano that is 1,633 meters high (5500 feet).

Most of the higher topography is made up of cliffs that range between 915 and 1830 meters high (3,00 to 6000 feet). There are 3 mountain ranges that stretch through the country, known as the Talamaca range, situated in the south, the Central Range, in the center, and the Guanacaste Range comes from the North originating in the neighboring country Nicaragua.

Costa Rica also has two beautiful coastlines that will intrigue visitors with extensive and colorful beaches. The Pacific Coast is narrower and has two bays with abundant marine life: the Gulf of Nicoya, and the wider, deeper Dulce Gulf. The Caribbean coast is characterized by beaches with quiet and clear waters, Be sure to visit the natural port of Limon and its incredible beaches as well as Cahuita with its reefs and diving areas.

180 km from San Jose visitors can discover the Monteverde natural reseve. This reserve is known for its clouds of fog which makes it possible for many rare plants to live, turning it into a magical place to visit.

The nature reserves found in Costa Rica protect many species of animals and plants. For nature lovers this is an unforgetable destination due to its great biological diversity.

Your passpost should have more than six valid months remaining. You do not need a visa to visit up to 90 days if your pasport is from one of the following countries: Argentina, Austria, Belgium, Brazil, Canada, Denmark, Finland, France and its dependencies, Germany, Greece, Holland and its dependencies, Hungary, Israel, Italy, Japan, Liechtenstein, Luxemburg, Norway, Panama, Paraguay, Poland, Portugal, Puerto Rico, Romania, South Korea, Spain, Sweden, Switzerland, Trinidad and Tobago, United Kingdom the United States and Uraguay 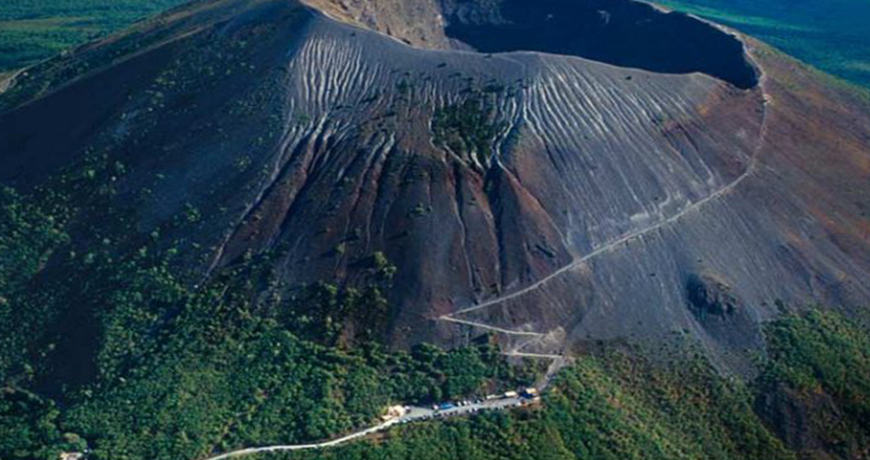 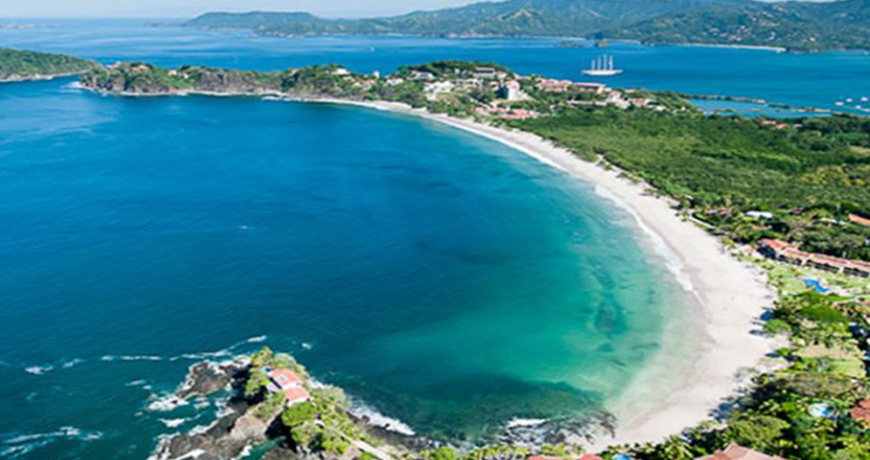 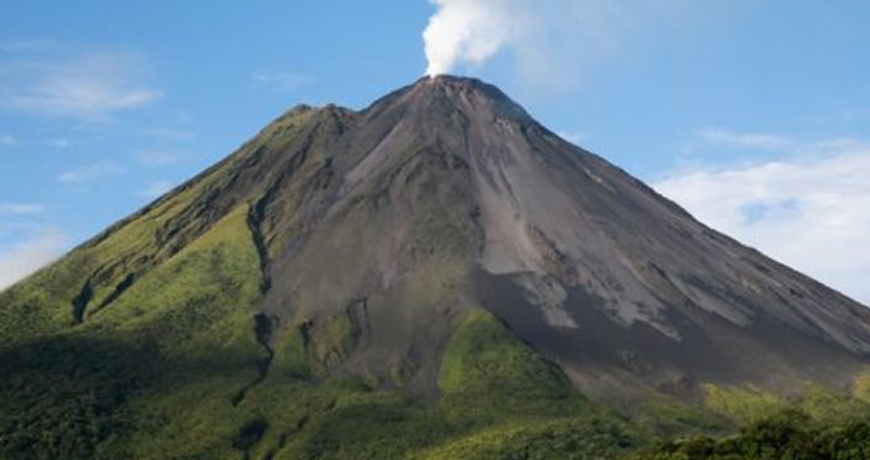 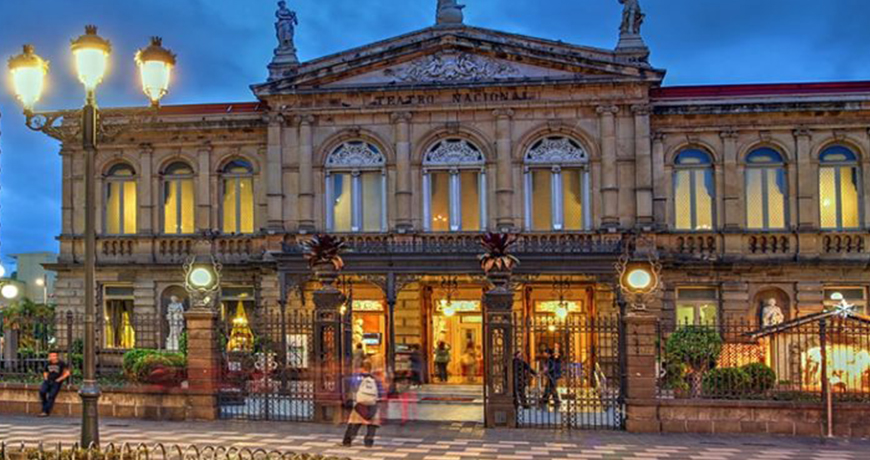