On the shores of the crystal Caribbean Ocean, Honduras is the second largest country in Central America. Known as the Banana Republic, with an area of little more than 112,000 square kilometers (44,000 square miles – about the size of North Carolina or Bulgaria), Honduras contains great surprises for its visitors, from historic ruins to an exuberant ecosystem, full of unique and beautiful landscapes. The interaction of the diverse people groups in the country causes it to overflow with cultural riches and originality. This is the ideal location for those who want to rest and relax in the shade of palm trees or those who want to search out ancient mysteries that haunt the ruins of Mayan Cities. You can also view the riches of nature, full of life, protected in the National Parks, especially Pico Bonito, the second largest park in Honduras, located a few minutes from the center of the city of La Ceiba. For those who love sea life, the Isle of Roatan offers more than 65 kinds of rocks and corals as well as a variety of sea life, seen in caverns, tunnels, and behind thick walls. This is the perfect place for diving and to feel the peace of the ocean in the deep blue waters of the Caribbean Sea.

Some of the specialties in Honduran gastronomy are the delicious appetizers prepared with beans, such as a typical dish known as baleada. Also famous are the rice and potato pies, soups, salads, and delicious desserts such as mango embevecias and peaches with honey.

Seafood dishes are typical in the region, prepared in a variety of ways. As in all of the Central American countries, one cannot be without tortillas, beans, enchiladas, corn paste, the naca tamales and mondongo, banana rolls with meat, in addition to the abundant tropical fruits such as mangoes, pineapples, papayas, pomegranates and various kinds of bananas.

The most typical beverages are fresh fruit juices and natural milkshakes blended with fruits, bananas and milk. Locally made beer is also most delicious and welcome on the hot days.

The Honduran coast was discovered in 1502 by Christopher Columbus in one of his voyages to America. Conquest only began a few years later, in 1522, when Christopher Olid began the process of colonization. He founded the city of Trujille, and later, the Villa of Santa Maria of Comayagua, which would become the capital of the Country.

The Spanish found descendents of the Mayan civilization and other peoples. As time progressed, Olid was assassinated, and various conflicts developed between the local inhabitants, the indians, and the Spanish. As a Spanish colony, Honduras was part of the Spanish admiralship along with Guatemala. In 1821, Honduras liberated itself from Spanish rule, declaring its independence and, for two years, was part of the Mexican Empire, later joining the United Provinces of Central America. In 1830, the federation dissolved, and Honduras proclaimed its total independence, becoming a Republic with a democratic and representative government.

The Honduran political scene was similar to its neighboring countries, marked by power plays, government overthrows, coups and corruption in high places. The two main Honduran parties, the National and the Liberal, alternated holding positions of leadership through the 1980’s. The president, Ricardo Maduro, of the National Party, won the elections in 2001.

The political situation has influenced considerably the nation’s economy. Since the beginning of the twentieth century, the country’s principal activity has been harvesting bananas. The growth of the population, unemployment, and high inflation are the main problems facing the government.

The Honduran population is made up of almost five and a half million inhabitants, 90 % mestizos (white with indian) and 9.5 % pure indians with their own language and culture. Some of these are representatives of the Jicaque, Lenca, Chorti, Miskito, Paya, and Garífuna tribes.

The Spanish brought from Europe the Baroque and Renaissance ideas which were then mixed with the ancient Mayan architecture. This combination can be clearly seen in the Colonial buildings located in the principal Honduran cities. Examples of these are the Cathedral in the city of Tegucigalpa and the Church of the Immaculate Conception in Comayagua. The Mayan ruins are also a great cultural attraction in the country. Whether you like to study ancient cultures or not, it is well worth visiting the ruins of Copan, a center for the study of astronomy where one can see the Stairs of Jeroglíficos. Also, worth mentioning are the Ecologic and Archeological Park in Covas de Talgua or the Mayan Sculpture Museum.

Tegucigalpa, the country’s capital city, is the most interesting spot in Honduras where one can see the historical center, the oldest structures, and most of the museums. The city does not have the traditional urban characteristics, and never was actually founded. It was the natural result of people settling along the main rivers where silver was discovered. Between the months of May and June, the whole city celebrates with various fairs and the special carnival in the third week of May.

Even though it is not a large country, there are dramatic climactic contrasts between the coast and the interior. The mountainous areas, due to their altitude, are colder with temperatures averaging 21o C, while the plains located in the lower areas near the beaches have a warm, humid, tropical climate with average temperatures of 31o C. The rainy season which is between June and October is winter in the country.

In Tegucigalpa, the hottest month is May, and the coldest, February; the rainy season is generally from May to November.

The Republic of Honduras is located in Central America and covers an area of almost 112.492 square kilometers. On the north, it borders the Caribbean Sea; on the east and southeast, Nicaragua; on the south, El Salvador and The Gulf of Fonseca (part of the Pacific Ocean); on the west, Guatemala. Honduras is the second largest country in Central America, after Nicaragua. Mountains, with peaks of up to 3,000 meters in altitude cut between the seas, composing a large part of the territory.

The principal range is the Central American Cordillero, a continuation of the Andes, which slices the country into east and west. The landscape has fertile valleys and vast plains which make up a large part of the Honduran territory.

The famous islands of the bay which form an archipelago (the three largest are Utila, Roatan and Guanaja, with more than sixty small islands away from the coast of Honduras) are located on the north in the Sea of Antilles, and are home to a diversity of coral reefs with abundant marine life and vegetation. Tiger Island, on the other side, is on the Pacific coast and the Gulf of Fonseca. These coastlines are very much dissimilar, the Antilles Sea, measuring about 650 km with the other, the Gulf of Fonseca, a mere 95 km. The natural beauty is what most draws tourists to the country. Its ecosystem is extremely rich and varied with palms, multicolored flowers, a great number of medicinal plants, such as the pazote, the balsam, white pine, the palmacristi, rubber and resin trees. The main animals are wild cats, wolves, armadillos, monkeys, anteaters, and deer which always delight visitors. The Island of the Bay is internationally famous.

This ecosystem is preserved in the Pico Bonito National Park, located in La Ceiba, one of the main parks in the Honduras. The abundant rainfall together with the sloping, rocky peaks of this ecological sanctuary form magnificent waterfalls which feed the Cangrejal River. For the adventuresome, this is one of the most exciting rivers to navigate by canoe.
The Tiger National Park, located in Tegucigalpa, also offers a spectacular forest easily accessible to the tourist.

In 1998, several Central American countries were battered by Hurricane Mitch, which devastated cities and left immeasurable destruction. Honduras was one of those most harshly hit. Thousands lost their lives and bridges and roads were destroyed which was a great setback for the country. 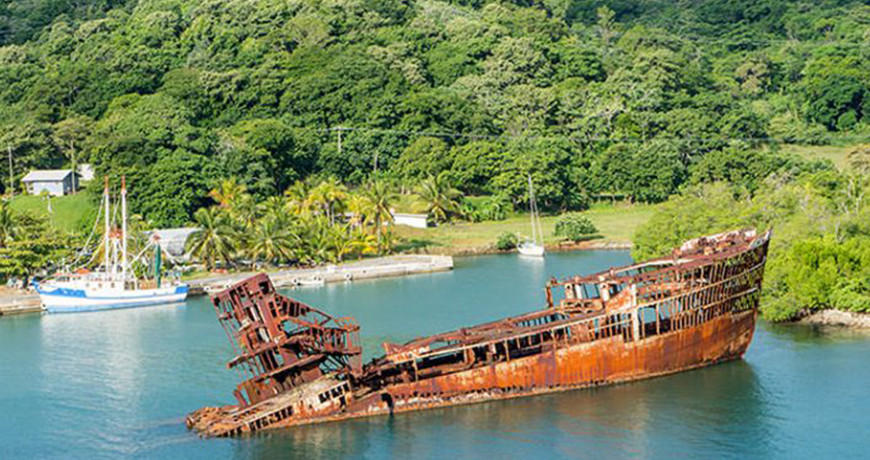 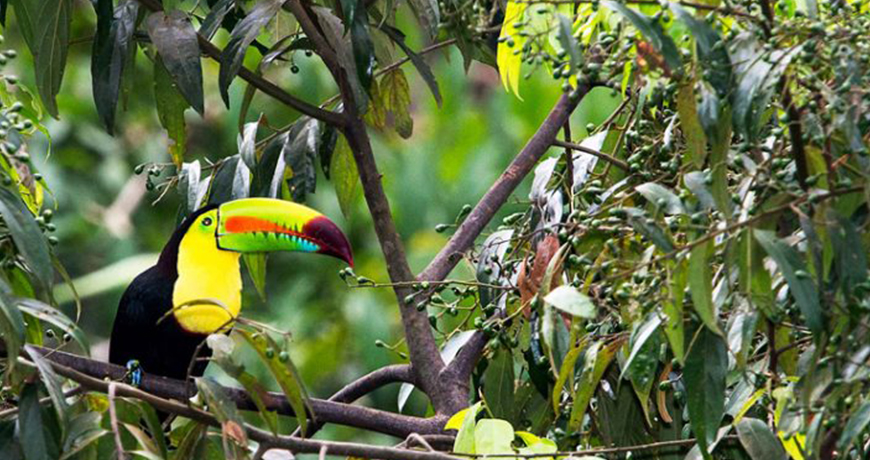