Panama is the best kept secret of the Americas. Located between the Caribbean Sea and the Pacific Ocean, the visitor can swim on one coast, and then dive on the other – reveling in both oceans which are only separated in some places by eighty kilometers. Those who have not visited Panama have no idea of all that this country has to offer: eco-tourism, guided tours, beautiful islands and beaches, fascinating historical and archeological sites, and for the adventuresome, opportunities to practice your favorite sports. The most biologically diverse country in the western hemisphere, Panama has hundreds of species of plants and animals just waiting to be discovered.

Although a very small country, Panama is extremely cosmopolitan. Not only does it connect Central to South America, it is also home to the Panama Canal. Linking the Atlantic to the Pacific, the 82 km canal is a great engineering feat which slices across the Panamanian Isthmus.

Panama is a place to learn new things whether it is searching for new adventures or just relaxing on the beaches and enjoying the sun and crystal clear waters. The cultural diversity of the population is shown through the markets, shops, and local architecture, a mixture of the ancient Spanish and modern American with oriental touches.

Here, you can also appreciate the waterfalls and rivers that are part of the local scenery. For those who love hiking and trekking, in addition to mountains, they can explore coral reefs which hide many exotic sea creatures.

Panama’s cuisine reflects its cultural diversity, offering visitors a wide
variety of choices. Seafood is an excellent option when you are trying to decide. Fish, lobster, and octopus are served in exotic arrangements. Corvina, for example, is one of the traditional, national dishes, as well as Cevice which consists of spiced raw fish seasoned with lemon juice, peppers and onion.

The traditional national dish is sancocho, a type of stew cooked with many types of meat (chicken, pork, and beef) with a variety of roots like yam, otoe, mandioc, and corn. Other typical dishes are: tamales, a corn tortilla filled with meat wrapped in banana leaves, the gaucho, rice with chicken, pan tamale, a rich seafood-stuffed rice dish, carimaholas, a corn flour delicacy with tomatoes and chicken, Roua Velha, rich meat-filled manioc pies, besides the tempting fried manioc, corn, and plantain bananas.

The desserts will make your mouth water. Tropical fruits, like guava,
coconut, pineapple, and papaya are naturally juicy. The desert that you cannot leave without trying is called “Rubber Soup”; it is prepared with vanilla and liqueur, covered in raisins. Another well-known desert is “suspirtos” made with manioc flour.

In 1903, after 80 years of fighting, the Republic of Panama was the last country of Central America to achieve independence. When Colombia did not ratify a treaty to establish a transatlantic canal, a separatist movement proclaimed its independence which was quickly accepted by the United States.

Soon after this, the United States of America signed the Hay-Pauncefote Treaty with the provisional Panamanian Government receiving permission to begin the construction of the canal as well as to occupy and control the stretch of land it would occupy. Included was an agreement to finance the project with an initial investment of 10 million dollars as well as $250,000 annually thereby guaranteeing the independence of the country.

The canal was officially inaugurated in 1920, even though it had operated in a limited way since 1914. This period was characterized by the modernization of the country, advances in health care, improvements in the school system, and an important achievement included codifying the national laws. After all of these significant developments, the country went through some difficult times as a result of the financial crisis of 1929. The nation was able to put itself back on its feet and help the Allies during the second World War, however after the war, it went through a steep rise in inflation. A great deal of tension resulted over the nationalistic question of the possession of the Canal.

For this reason, the U.S.A. created an anti-guerrilla, military base which generated great instability within the country. In 1970, President, Omar Torrijos, tried to retake the canal. After prolonged negotiations, a new treaty was signed which guaranteed American control of the canal until the year 2000 when it would be returned to Panama.

The transition to democracy did not create further problems for Panama. At present, the democratic system and its parties are functioning in the country. The president at the moment, elected in 2004, is Martin Torrijos, the son of Omar Torrijos.

With more than 3,228,000 inhabitants, Panamanians reflect a great diversity of races. Included are mestizos (64% of the population), mulattos, blacks, Europeans and those of Indian descent. In the interior of the country, you find the indigenous population.

This mix of peoples makes for a strong cultural integration that embodies Spanish, African, and American traditions. Each one offers an artistic richness resulting in many beautiful handicrafts. The unique ethnic mix and strong cultural influence permeates everything from the crafts to the folklore and music. This is reflected also in the literature and architecture with colonial buildings, such as the Cathedral and the Church of Saint Domingo, located in the capital.

Especially noteworthy is the handiwork made by the indigenous people such as their ceramics, jewelry, textiles, among others. The creative folklore attracts people to the festive dances with vibrant, colorfully decorated costumes that are seen at the country¹s many carnivals and festivals.

Also influenced by the diverse regions of the country, their music includes the salsa, the calypso, jazz, reggae and classical music. Anther cultural highlight are the museums which record the mysterious cultural milieu of the Panamanian people.

The climate is typically tropical which is accentuated in the lowlands with temperatures varying between 18o C. and 27o C. There are two, well-defined seasons in the country: summer, which runs from December through April when the winds blow and the storms are rough, and winter during the rest of the year which is also known as the rainy season. Due to the location of its mountains, the Caribbean region receives a lot of rain during the year producing thick, dense vegetation, however, on the Pacific coast, the trees are much more scarce forming a more savanna-like terrain.

Covering an area of 77,082 km2, the Republic of Panama is located on the stretch of land between Central and South America, bordered on the East by Colombia and on the west by Costa Rica. The geography of the country is very diverse, characterized by mountains, plains, ridges, and coastal areas.

The Cordillera mountain range cuts the country to the west into two plains: jungle on the Atlantic coast with forests on the Pacific side. The range includes peaks that reach 3,475 meters in altitude. To the south, are the plains of Chiricana and the central plateau that, with the other mountain range circles around, creating the Gulf of Panama.

The Pacific coast has many indentations, such as the Bay of David to the west and the Peninsula of Azueri on the extreme west of the Gulf of Panama, which includes the Pearl Islands. The marine life that inhabits the oceans offers a wonderful variety of seafood to the population and visitors alike: lobster, shrimp, mussels, and many unique fish such as the marlin, sail-fish, swordfish, tuna, bonito, corvina, barracuda, tintorera, sardines, pargo and the saw-fish among many others.

The flora and fauna of the country also are attractions in and of
themselves. Between April and June, the country explodes in color to the extreme delight of any spectator. One can find yellow and pink acacias, purple poinciana, the lagerstroemia, purple jacaranda, and many varieties of orchids. Animal life includes monkeys, wild cats, pumas, ocelots, armadillos, wild boars, anteaters, rabbits, deer, and many others whose native habitat is the central region. Over one thousand different species of birds nest in this country.

The Panama Canal is the principal attraction in the country. At 82
km in length, it stretches from the Caribbean Sea to the Pacific
where Panama City is located. The canal has two groups of water gates on the Pacific side, and one on the Atlantic. These unique gates are double and allow ships to pass in both directions. The Pacific side is 24 centimeters higher than the Atlantic side, and has much higher tides. To travel through the canal takes approximately 20 hours. 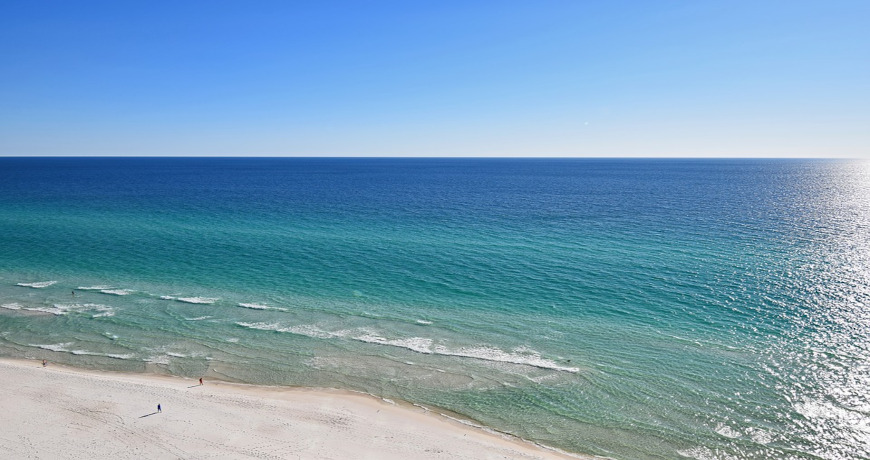