Argentina – famous for its capital Buenos Aires; the Patagonia, shared by Argentina and Chile; its Pamapas; Aconcagua at 6,960m, the highest mountain outside the Himalayas; Iguassu Falls, shared with Brazil; and Laguna del Carbón, at 105m below sea level, is the lowest point in the Americas. At the southern tip of Argentina there are several routes between the South Atlantic and the South Pacific Oceans including the Strait of Magellan, the Beagle Channel, and the Drake Passage as alternatives to sailing around Cape Horn in the open ocean between South America and Antarctica. The name Argentina derives from argentinos, the Ancient Greek diminutive (tinos) form for silver (argentos).

We hope you enjoy all the information about Argentina, its Cities and Tourism Destinations that we put together for you.

Argentina has always been a fascinating country to visit and explore. With its superb geography, the country offers a variety of scenes that will take your breath away including lakes, rivers, waterfalls, mountains, glaciers, and many other natural beauties which await discovery.

Argentina is the second largest country in South America with a total area of 3,745,247 Km2, of which 2.780.400 Km2 are located on the South American continent and 964,847 Km2 in the Antarctic. The country borders five South American countries: Chile, Bolivia, Paraguay, Brazil, and Uruguay.

The country is divided into three principal areas: Pampas, the famous Patagonia, and Mesopotamia. The rich plains of the Pampas cover the northern half of the country and are irrigated by both the Parana and Uruguay rivers. Mesopotamia is located in the Argentinean tropical forest. Patagonia is in the south of the country, and its scenery is composed of valleys, lakes and many glaciers. The Andes mountain range extends from the north of the country to the south. 3,800 km in length, it creates a natural barrier with Chile.

With its varied climate, Argentina presents us with a great diversity of flora and fauna. Trees, multi-colored forests, natural reserves with an amazing variety of marine life, dense vegetation, orchids, monkeys, toucans, crocodiles, condors, flamingos, many species of birds, butterflies, penguins and the beautiful Iguaçu Falls – all of these are part of this immense and fascinating territory.

To preserve this marvelous region, Argentina maintains twenty-two national parks which may be visited and appreciated by tourists who are looking for adventure. Parks such as Talampaya, Los Glaciers, Chaco, and Tierra del Fuego protect immense areas full of beauty and surprises.

If you would like further information on Argentina History, Culture, Natural Aspects, Cuisine, Weather or Travel Tips please click on the menu above.

You can also read more about Argentina by regions clicking on the links below.

Argentinean cuisine is one of the most rich and unique in the world. As a result of the extensive pasturelands, many of the national dishes have as their base the internationally famous Argentinean meat, a main staple in the diet in the Pampas region.

Also very common in the country are the meat pies which consist of light dough filled with pieces of chicken, ham, or cheese, onion, eggs, olives, and spices. The Parrilladas also are very well known and very popular, made from almost every part of the cow.

For dessert, you will want to try the delicious alfajor – sweet, traditional, and very popular in Argentina. It has a double filling of dulche de leche and is covered with sugar and chocolate. You will feel like you are in heaven! The wonderful jellies and jams of Bariloche and San Martina are capable of taking your breath away at the first bite, and the home-made chocolate will make you go back several times before you are satisfied. Argentinean ice-cream also deserves attention; also hand-made, it has a distinct texture and taste.

Wines from Argentina are usually very well accepted due to their characteristic taste. Another popular drink is the mate, made by infusion like tea.

The development of the country of Argentina took a slightly different course than the other South American nations. The La Plata region took a long time to become established. The area began to develop with the foundation of the city of Buenos Aires. Unlike other countries that were colonized, Buenos Aires had its development interrupted by the Spanish abandonment of the city. Years later, in 1580, the city was officially instituted as a success.

The major growth of the city occurred due to its port and thus trading. Its independence occurred on July 9, 1916, when a fight began between the civilians; one side wanted provincial autonomy while the other side defended a centralized government. After a few conflicts, the central government dominated, and with this, the economy began to develop.

At the beginning of the twentieth century, the country was vulnerable and the democracy, unstable. External taxes and the constant change in the international economy left a significant segment of the Argentinean population unemployed. After two coups, João Domingo Perón emerged as President and his government was characterized as being extremely corrupt. In 1955, the government suffered another coup and Perón was exiled. During the next 30 years, Argentina found itself in an extremely unstable political scene, frequently moving from democracy to military despotism. After 1973, when Perón returned and was once more elected president, he governed for a brief period of time until his death.

As a result of Peróns death, once more, military forces took over power in Argentina. After six years, democracy returned with the election of Raúl Alfonsin. He was later substituted by Carlos Menem who governed the country for most of the 1990s. In 1999, Fernando de La Rua was elected president, followed by Eduardo Duhalde who came in through a provisional mandate. In 2003, Argentinas government began to return to a level it hadn’t seen in many years. Nestor Kirchner’s government re-elevated the development of the economy.

Argentinean art, architecture, literature and way of life is based mostly on European culture. Because of this, Buenos Aires, the capital, has many museums, art galleries and theaters – the most famous, Colon Opera House. This beautiful city is a characterized by great contrasts between the old and the new. Those who like big attractions should visit the restaurant, La Boca, to see the wonderful Tango show.

Practically half of the population of Argentina lives in the capital city of Buenos Aires which has a festive spirit and pulls you in, making you feel very much at home. In every district, you can learn something different about the history and mysteries of this lovely country; folklore, music, myths, and costumes are there to be viewed and marvelled.

Because of its extension with various regions, the climate in Argentina is extremely diverse. In contrast to North America, the hottest days of summer are between the months of December and February, while the coldest, between June and August.

The northern area of the country has a very hot and humid summer with an average temperature of 25oC; in the winter the average is 13oC. The precipitation in this region is between 1,000 and 1,500 mm.

The central region of Argentina has a milder climate with an average temperature of 23 oC during the summer and 9o C in the winter. The annual precipitation varies from 510 to 760 mm.

The Patagonia is a little warmer in the winter, yet, because of the winds that blow in from the Atlantic Ocean, is very cold during the summer. In winter, the average temperature is 2o C. The annual rainfall is 410 mm in the Andes and approximately 80 to 280 mm along the Atlantic coast.

Pure natural wonders, a blend of different colors and contrasts and an amazing friendliness of the people will make your trip to Argentina a unique experience in your life.

Reaching from the middle of South America to the southern tip of the continent, Argentina is the eighth largest country in the world. Within South America it is the second biggest country after Brazil in size (2.8 million square km) and population (37.81 million people). Its size is nearly as great as the size of India or comparable to one third of the United States.

To the north and east it borders Brazil, Paraguay, Uruguay and Bolivia. With Chile it is not just only linked on the western frontier but also shares the territory of “Tierra del Fuego” and Patagonia. Argentina rises from the Atlantic to the Chilean border and the enormous Andes mountain peaks. “Aconcagua” (6,960 m, 22,834 ft.) is the highest Argentinean peak as well as the highest peak in the world outside Asia.

The country can be divided into four major geographic sections:

Thanks to this wide extension it possesses a great variety of diverse landscape. The differences in the landscape include one of the worlds highest mountain areas, vast deserts and imposing waterfalls. As the countryside changes, so does the people and the character of Argentinas life-style. Traveling through Argentina means passing through subtropical rainforests and fertile lowlands, the cosmopolitan bustle of Buenos Aires, and the desolate, loneliest place in Patagonia with pastoral steppes, thunderous falls of Iguaçu, glacial mountains and grape-filled foothills. Argentina is famous for its twenty national parks because of its consciousness to care for the environment and its interest in sustainable development of theses areas.

Even with Argentinas recent economic problems, its attractions – the passionate culture for soccer and tango, the elegant capital with the most European-flavored style in South America and the unique natural wonders – are still as appealing as ever. The actual challenges do not have any negative influence on the traveling experience, because Argentinean people are glad to receive tourists. In South America it is one of the countries were traveling is really relaxing and easy. You will find Argentinean people usually very open-minded, well educated, helpful and with an astonishing interest for Europe and other countries. Tourism facilities exist in all destinations. 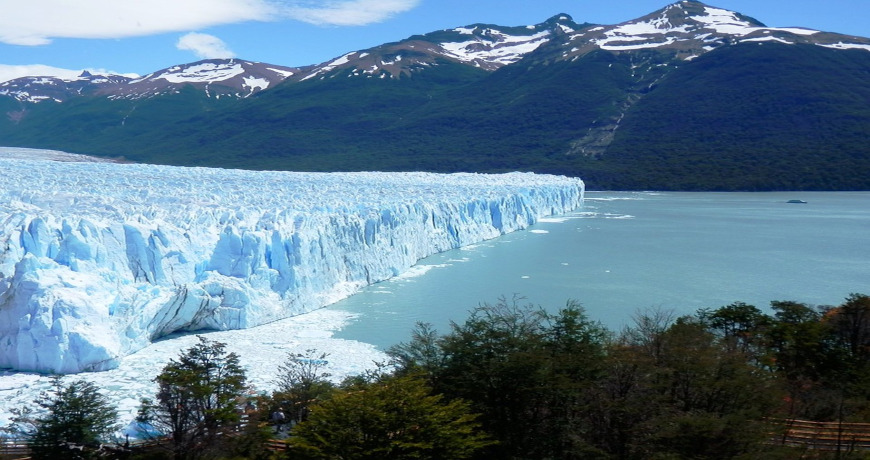 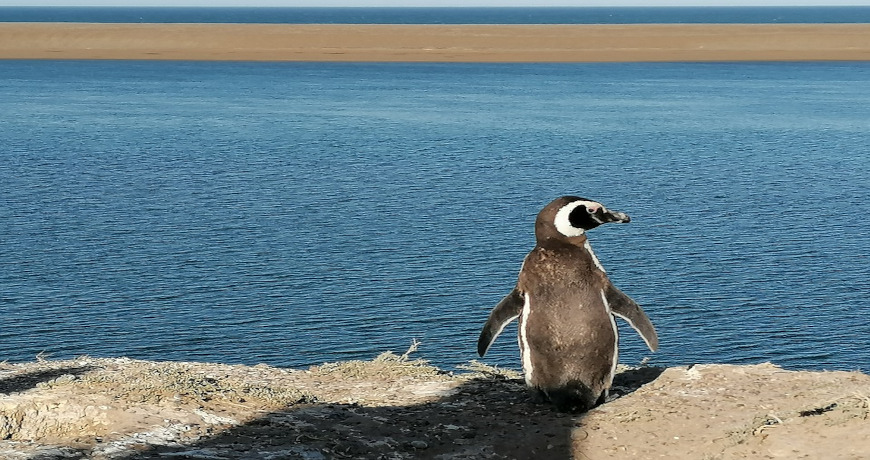 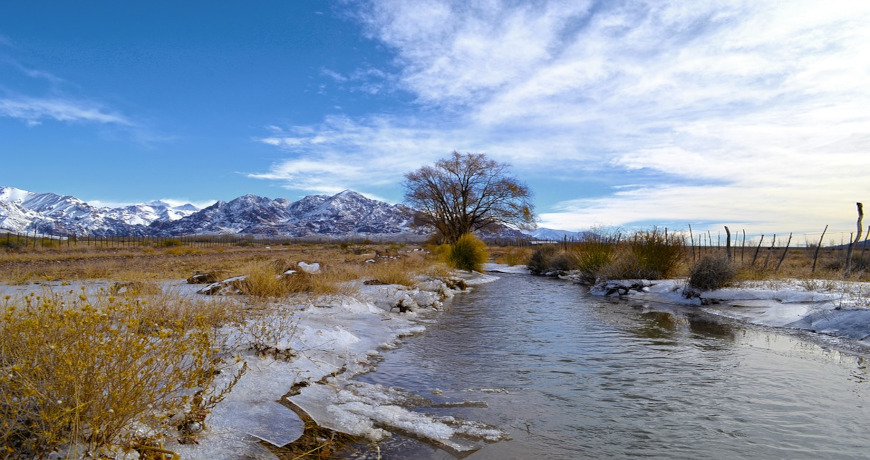 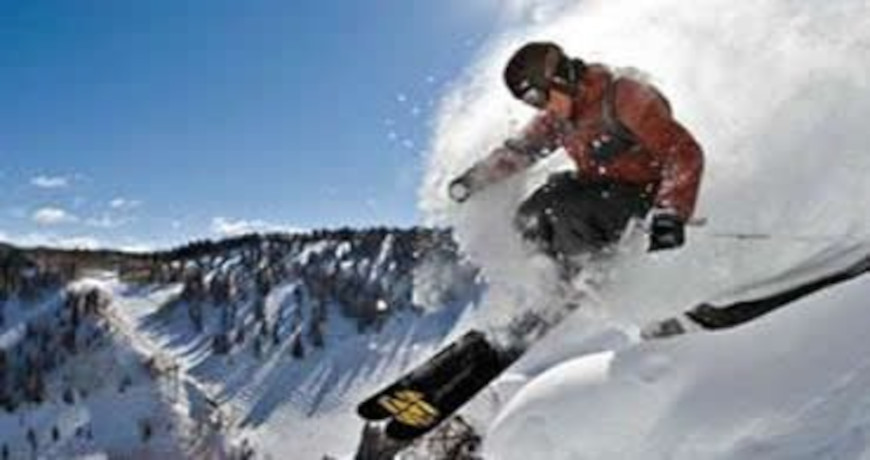 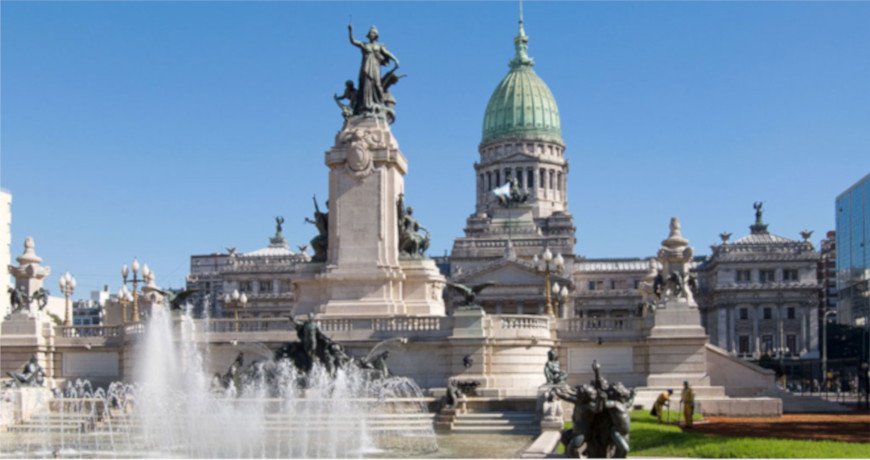 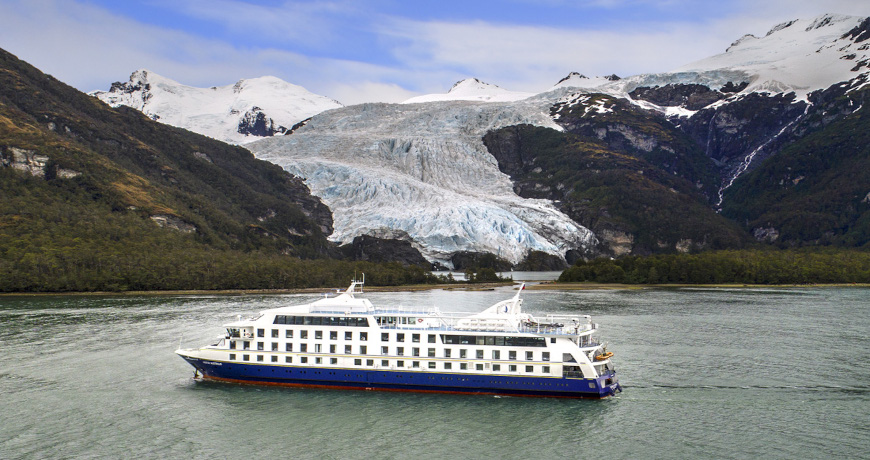